The World is your Oyster

“By three methods we may learn wisdom: First, by reflection, which is noblest; Second, by imitation, which is easiest; and third by experience, which is the bitterest.” ~ Confucius

Take advantage of the following FREE and POWERFUL resources to learn for the sake of learning:

TED is a nonprofit devoted to Ideas Worth Spreading. It started out (in 1984) as a conference bringing together people from three worlds: Technology, Entertainment, Design. Since then its scope has become ever broader. Along with two annual conferences -- the TED Conference in Long Beach and Palm Springs each spring, and the TEDGlobal conference in Edinburgh UK each summer -- TED includes the award-winning TEDTalks video site, the Open Translation Project and TED Conversations, the inspiring TED Fellows and TEDx programs, and the annual TED Prize

We believe passionately in the power of ideas to change attitudes, lives and ultimately, the world. So we're building here a clearinghouse that offers free knowledge and inspiration from the world's most inspired thinkers, and also a community of curious souls to engage with ideas and each other. 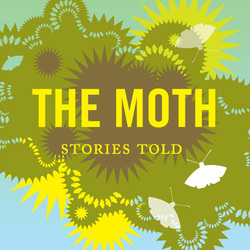 The Moth is an acclaimed not-for-profit organization dedicated to the art and craft of storytelling. It is a celebration of both the raconteur, who breathes fire into true tales of ordinary life, and the storytelling novice, who has lived through something extraordinary and yearns to share it. At the center of each performance is, of course, the story – and The Moth’s directors work with each storyteller to find, shape and present it.

Since its launch in 1997, The Moth has presented thousands of stories, told live and without notes, to standing-room-only crowds worldwide.

Moth shows are renowned for the great range of human experience they showcase. Each show starts with a theme, and the storytellers explore it, often in unexpected ways. Since each story is true and every voice authentic, the shows dance between documentary and theater, creating a unique, intimate, and often enlightening experience for the audience.  Moth stories dissolve socio-economic barriers, expose vulnerabilities, and quietly suggest ways to overcome challenges and see with new eyes.

This American Life is a weekly public radio show broadcast on more than 500 stations to about 1.8 million listeners. It is produced by Chicago Public Media, distributed by Public Radio International, and has won all of the major broadcasting awards. It is also often the most popular podcast in the country, with around 700,000 people downloading each week. From 2006-2008, we produced a television version of This American Life on the Showtime network, which won three Emmys. We're also the co-producers, with NPR News, of the economics podcast and blog Planet Money. And a half dozen stories from the radio show are being developed into films.

The radio show and TV show follow the same format. There’s a theme to each episode, and a variety of stories on that theme. It’s mostly true stories of everyday people, though not always. There’s lots more to the show, but it’s sort of hard to describe. Probably the best way to understand the show is to start at our favorites page, though we do have longer guides to our radio show and our TV show. If you want to dive into the hundreds of episodes we’ve done over the years, there’s an archive of all our old radio shows and listings for all our TV episodes, too.
There are several ways to get the show:


You can also read about shows we're doing on the road, about our staff, about how tosubmit a story idea, about how to learn to make radio, about our internship program or about press coverage, check answers to frequently asked questions, or follow us onFacebook or Twitter.